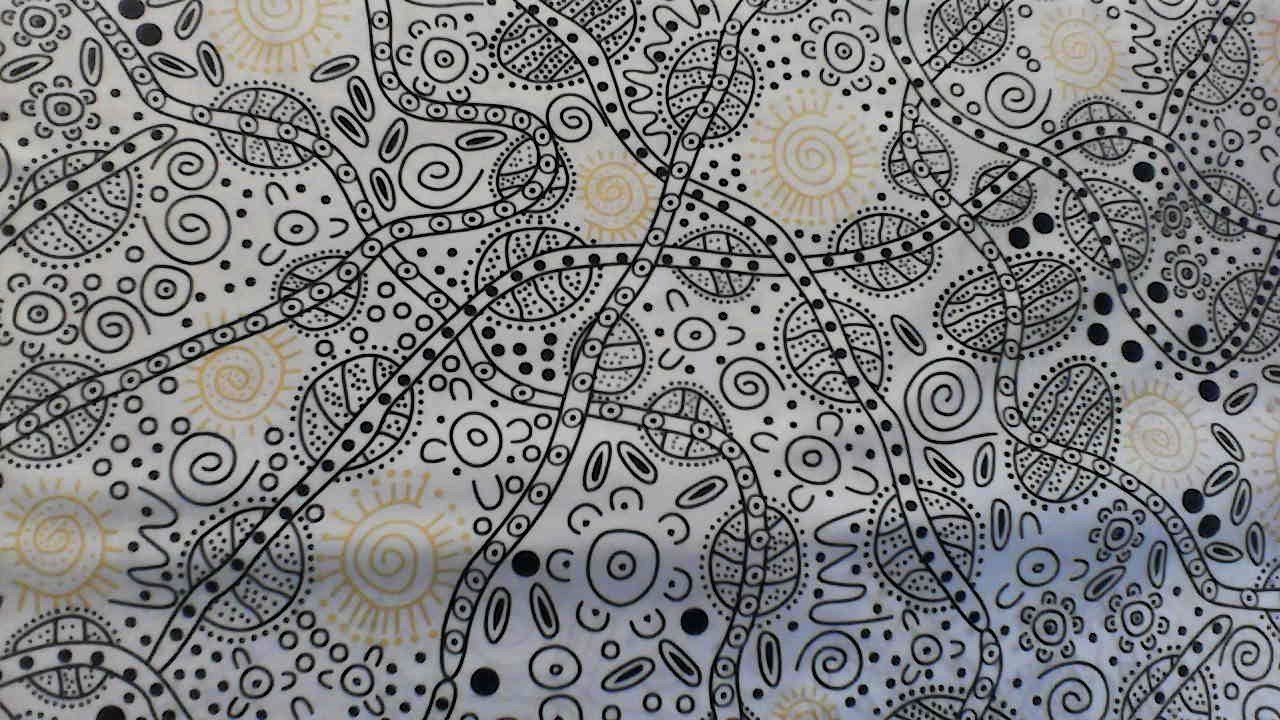 Bush food (referred to as bush tucker in Australia) traditionally refers to any food which is native to Australia and is used as sustenance by the original inhabitants, the Australian Aborigines. For thousands of years Aboriginal people survived living off the land, eating well when food was plentiful and conserving it in times of drought. This food is called bush tucker or bush food, and it's Australia's native food.June Smith is a well-known artist in Santa Teresa, Alice Springs. She was born in 1960 in Alice Spring and she studied in Alice Springs. She is the first woman in Santa Teresa to paint on silk